You know when you have so much to do that you just don’t do anything?

Or when there are so many things to get done that even making a cup of tea becomes the most overwhelming thing in the world?

There’s absolutely no doubt that high school can be hectic. Between school, studying, sport, music, friends, family, dank memes (naturally), and whatever else you have going on, it can feel like you’re standing at the very bottom of a mountain, and the end of the year is right up the top.

But there are ways that you can minimise your stress, maximise your results, and make your ATAR studies as painless as humanly possible. The secret? Organisation.

It’s quite possible that your school or family has suggested using a study timetable in the past, but there are other ways! Now, that’s not to say that you shouldn’t use a study timetable – whatever works best for you is always the best approach – but here’s a bit of a variation:

To-do lists are, from this perspective, the most effective form of organisation going around. Speaking very plainly, school – and uni, for that matter – would have been considerably rougher without them. But I’m not talking about the usual “make bed, buy milk, achieve 99.95 ATAR” sort of to-do list; I’m talking about the funkiest and phreshest to-do list you ever will see.

If you adopt this system, you’ll never go back.

Write the date across the top of the page. Easy enough, right?

Then, list all of the things you want to get done that day. Include a little box next to them so you can tick them off one by one. You can either order them chronologically (so what you want to get done first) or by importance – that’s up to you. So it might look a little something like this: You don’t have to include literally every single thing that you want to get done – otherwise the list would be huge! Can you imagine it? “Wake up.” “Move to the kitchen.” “Pour cereal.” “Add milk.” “Consume.” And so on. So just include the things that are super important (not that cereal isn’t important), or that you think you might forget. And bang – step one of supreme organisation is finished.

So now, throughout the day, we want to tick off things as we go – that’s the whole point of a to-do list, after all. And you know what? The satisfaction you get from physically ticking off an item is supreme. That’ll sound ridiculous and silly, but it really is true.

Fundamentally, you win over whatever you’re ticking off.

Finish those Human Biology questions by 10am? Awesome – now you can reward yourself by taking it off your list. If something is no longer relevant, you can just cross it off entirely. For example, if you were meaning to reply to Argus, but then Argus was really mean to you and you decide you don’t want to reply to Argus any longer, there’s no point having that item clogging up your otherwise immaculate list.

Of course, some days will be more productive than others. You won’t always complete your list – and it would be silly to give up sleep or whatever else to do so. That’s totally fine. Finishing an individual to-do list isn’t the ultimate goal, really – it’s just a step toward it.

Here’s the important bit, though.

You can’t just ignore what you didn’t complete. Just because it’s a new day, it doesn’t mean the list has to change entirely. That brings us to the third and final step. Signify the end of the day with a line below your to-do list. The next day, begin your new list with everything you didn’t get done the day before. This time, highlight those things. If you don’t get them done again, make them even more obnoxious. And then more obnoxious again.

If you go a full week without completing a task, it should be written in red, capitals, highlighted, bolded, italicised, and underlined. And I promise you: eventually you’ll get so sick of seeing that task on your to-do list, you’ll just get up and do it. Your motivation will become finally ticking it off, and finally making your to-do list smaller.

It’s an outstanding system, and you’re going to love it.

The important thing is to be consistent. If you miss a to-do list one day, it’s easy to miss the next day, too – and then it’s easy to miss a week, a month, and so on. But having a daily to-do list with specific and achievable tasks will go a ridiculously long way to helping you get on top of things – whether those things be academic or not.

Not everybody likes study timetables. If you’ve not yet gathered, I’m one of those people – and maybe you are, too. I can’t guarantee that this system will work for you, and there’s no need to change if you already have an effective system in place, but in my eyes, nothing beats a good to-do list.

Four reasons to pursue a degree in pharmacy or pharmaceutical sciences 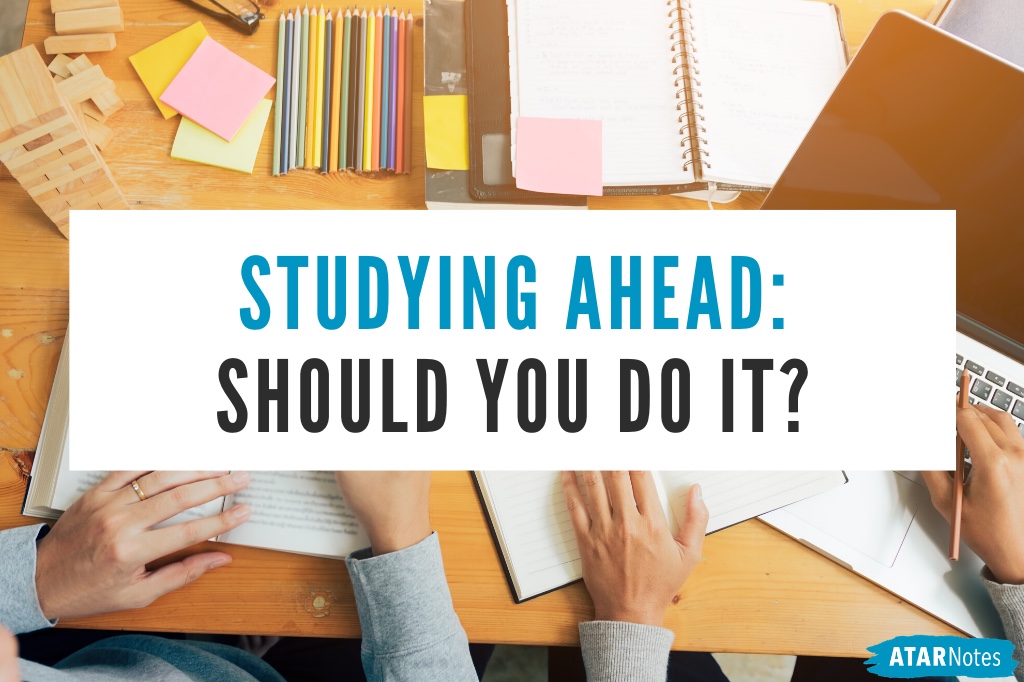 Should You Study Ahead in Year 12?